Our philosophy is to give our children opportunities to be fit, active and well-rounded individuals. These precious holiday periods should be fun, exciting and above all memorable but we understand that the pressures of everyday life get in the way of prioritising this for our children.

The value of our incredible venue at Mudeford Wood Community Centre means that we can take a short stroll to the beach to do some summer sports such as beach Volley Ball or take walks through the woodland to learn about various survival skills and nature. 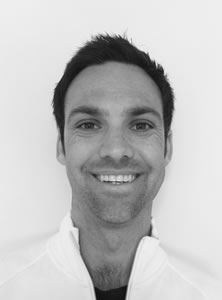 Born and raised in South Africa until the age of 16, Justin was always an active child growing up, with a burning passion for all things sports. He was thus an avid tennis player, cricketer, rugby player and runner to name but a few of the sports he tried his hand at... with varying amounts of success he might add!

Following a family relocation which saw him sail around the world from their home in South Africa to Canada, Justin rose to the challenge whilst still successfully completing 4 A-levels. Finally settling down in Canada after two years at sea, it was here that Justin’s passion for sport diversified, now including the likes of ice hockey, skiing and golf.

At the age of 20 Justin’s passion for travelling and moreover sailing, had not quite been fulfilled yet. He would then go on to spend the next two years working on a 172ft private yacht, travelling between the Caribbean and the Mediterranean, honing his seamanship before finally residing in the UK.

Here Justin took on the position as a Senior Tennis Coach at Woodfield Grove Tennis Club in south London where he gained a fantastic reputation over his 7 years of working there, for being a dynamic and inspirational coach and mentor for aspiring tennis players of all ages.

Hard work has always been a prerequisite for Justin, which was indeed illustrated when, not wanting to rest on his laurels, he decided to undertake his Bachelor of Science degree in Strength and Conditioning at St Mary’s University in Twickenham. All this whilst simultaneously working full time at the tennis club, Justin’s strong work ethic and dedication meant that he would graduate with a 1st Class Honours degree.

Not one for mediocrity, Justin decided to get married in this year too!

During Justin’s degree he took on some invaluable work experience within several elite sporting environments including Surrey Cricket and The National Tennis Centre, working with notable names such as Jason Roy, Ricky Ponting and Jamie Murray. This in-turn led to Justin accepting the prestigious position as a Strength and Conditioning Coach at one of the LTA's High Performance Tennis Centres - the West Hants Tennis Academy, Bournemouth.

Justin’s continued passion for creating sporting opportunities for all children, regardless of ability lead to the creation of Pouncing Panthers. Justin is hoping that his own children, Jonty and Savannah, will inherit this same exuberance for life and passion for sport - and that they too can grow up playing... the way nature intended!

Pouncing Panthers are delighted to introduce Carley Dawson to their team. Carley has taken over as co-manager for our holiday club and brings with her both tremendous experience and enthusiasm. 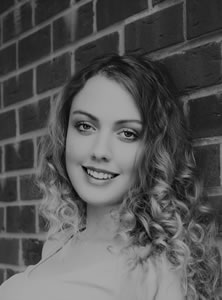 Carley is also co-founder of Stand Tall Theatre and lead director of performance projects. Her workshop and performance ethos revolves around mental health and the well-being of others, which was the key research for her MA in Theatre Collectives following her BA Hons in Performance.

Carley is highlighted best as approachable and organised, whose theatre work has been shown at Leicester Square in London, and acting career has been taken internationally. Carley has sung with some of the top professionals in the field of Opera, and often incorporates strong music elements into each of her projects.

With a strong background in drama practise, Carley coaches regular specialist workshops for children and young adults. Having developed her working style since 2012 and managing her theatre company, Carley now partners with East Hampshire Mind, Artswork and Mayflower Theatre.

Stevie Williams, the co-founder of Stand Tall Theatre, has joined the Pouncing Panthers team in a managerial capacity alongside Carley Dawson. 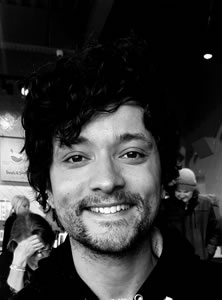 Stevie is lead coach of specialist Confidence through Drama workshops and his online skills lie in applications, commissions and liaising. Stevie is highlighted best as driven and energetic, and now runs various drama workshop programmes across the South with his company Stand Tall Theatre. Stevie's acting and dance ability has seen him tour internationally and locally.

Stevie's experience in Theatre Making has enabled the creation of touring production and programmes for secondary schools revolving around art as well-being. Stevie holds a BA Hons in Performance, an MA in Theatre Collectives, and coaching qualifications.

These qualifications have seen him run classes for children with Catch 22, David Lloyd, Superstar Sports, Mountbatten Leisure Centre and primary schools across the South.

Stevie has a reputation for being wonderful with children and we just know your children will enjoy every minute with him! 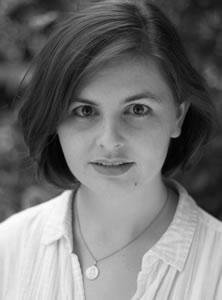 She trained with the National Youth Theatre GB, became an ambassador and co-facilitator at NYT GB events and auditions.

Joining Stand Tall Theatre in 2016 alongside appearing in their performances, she has facilitated, and co-facilitated, workshops with them.

Mainly teaching drama and confidence through drama, with children between the ages of 6-17, Poppy uses skills and techniques acquired over the past 10 years, from GSCE drama, NYT and RSC courses, and Stand Tall's own unique methods.

Julie Laming has been running Mad4Dance, a dance school based in Christchurch for 15 years. 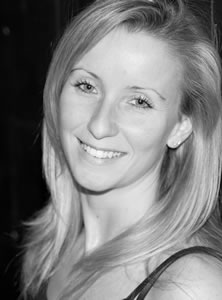 Offering many different training and performance opportunities, including taking exams and entering competitions, Julie has also performed in Disneyland Paris, the West End of London and F1 Grand Prix.

Julie is soon to be opening brand new studios in Christchurch which will be home to the dance school but will also be a centre to help and improve the mental health of young people in the surrounding community. 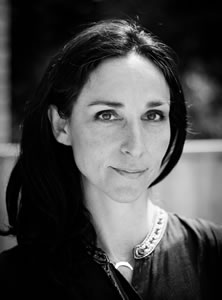 Silvia is a qualified Yoga Teacher under the guidance of two Masters of Yoga Rowan Cobelli one of the main representatives in ‘Integral Yoga’ Teacher Training in uk and Europe and Jyoti Manuel Founder and Lead Practitioner of ‘Special Yoga’.

For over 20 years of her life as a Yoga practitioner, Silvia is at present experienced in teaching Yoga to adults and children age ranged 5-12 with mixed ages in different educational settings. She has also had the opportunity to work with children with Special Needs witnessing beautiful outcomes.

With a background of performing arts, Silvia has also led children in creative Art and movement workshops. She promotes a healthy and creative learning space full of fun and self discovery, serving the child to feel safe and in a cohesive environment.

Also qualified and experienced as a Montessori Directress - which has served her as the foundation of the love of working with children- her aim is to nourish their seeds of potential independence, creativity, confidence and the intrinsic joy of life and values.

We are delighted to welcome the two 4th Dan instructors, Sensei Debby and Sensei Paul to our Martial Arts team. 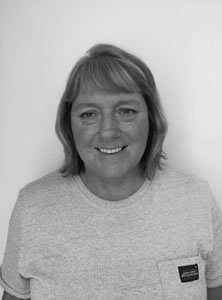 They have over 40 years of Goju Ryu Karate training between them. They can also lay claim to success at national and international competitions.

This level of experience and their commitment to training to a high standard has led to the club gaining a justified reputation as a friendly martial arts centre of excellence for Goju Ryu Karate. A place where the whole family can train in safety and with confidence.

The Christchurch and Burton club has been running since 1993 and over the years many of our students have gone on to reach black belt and compete themselves.

Le Club Français & El Club Español has been successfully operating in the area for the last 25 years and is an active language learning programme, delivered in a fun, club environment.

Specifically designed to introduce the French and Spanish languages and culture to early learners and primary children, we then build confidence in our members, concentrating on tone, diction and pronunciation. All our Club Leaders are native or fluently bi-lingual.

Each club session consists of a language learning point, an opportunity to practise what has been learnt in previous weeks and plenty of games, songs, stories, crafts and activities, to strengthen this learning procedure.

Join us for this summer course at Pouncing Panthers, where your child will be taken on “Un Tour de France” with a stop-over in Paris, buying ice creams on a Spanish beach and ordering their favourite meals in our role-play café; everything they need for their next holiday to France or Spain!

Sam Wilkes has been the Le Club Français & El Club Español Area Co-Ordiinator for the Bournemouth, Poole & Christchurch conurbation for the past 2 years ago and has nearly 100 children a week in her afterschool classes.

Sam has a wealth of business experience, having previously worked in the Bloodstock Industry and Telecoms and has used her love of the French language throughout her working life, through translation, interpreting and liaison.

Francesca Martin is a trained PGCE Secondary Performing Arts teacher who has been working in Secondary and Primary Schools in Hampshire and Dorset for the last 15 years. 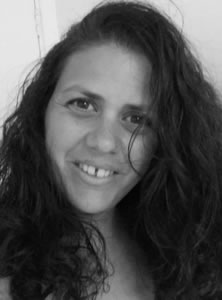 She is currently Subject Leader of Dance at The Bourne Academy, Bournemouth. Her team works closely with local professional organisations such as Pavilion Dance South West and Arts University Bournemouth to enrich the experience her students have of the Arts in Dance and Drama.

Francesca begun performing at the age of five and attended classes at Drama Plus and Stage School of Dance in Bournemouth. While she studied at these two schools she was given a number of opportunities to perform and experience the enjoyment of acting, singing and dancing. Her love of performing lead onto her completing a BA Hons Degree in Dance Performance at Middlesex University. She continues as a performer to take regular classes and be involved in performances as she enjoys it so much.

Francesca is also a qualified NATD Contemporary Dance teacher, Arts Award Advisor and an examiner for BTEC and GCSE courses. She is very excited to be delivering workshops with Pouncing Panthers in introducing the children to disciplines of Acting and Musical Theatre.

Technology is rapidly consuming the lives of our children, helping to contribute to a growing obesity epidemic. At Pouncing Panthers, it is our mission to restore active lifestyles in our youth. Creating a future generation that is not only well informed but also passionate about leading a healthy lifestyle whilst simultaneously having fun!